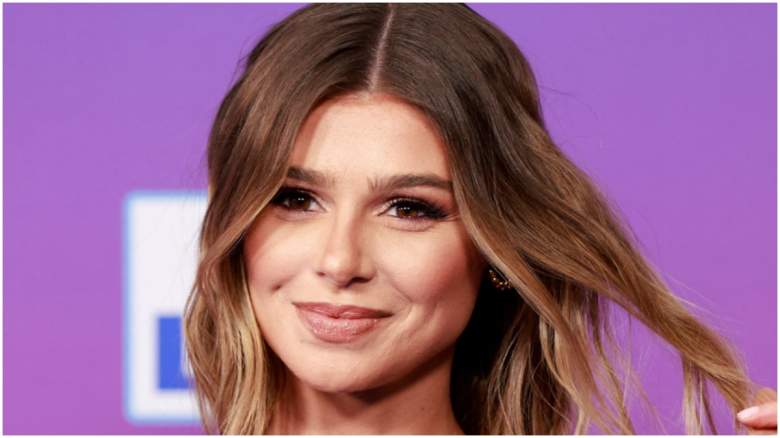 Leviss was “Shahs of Sunset” star Nema Vand’s date at “Summer House” alum Hannah Berner’s Hamptons wedding in May 2022. While recording a July 2022 episode of “Vanderpump Rules” star Scheana Shay’s podcast, “Scheananigans With Scheana Shay,” Leviss shared some information about her date with Vand. She revealed that Berner’s wedding was the Bravo stars’ “first date, which is kind of bizarre.”

“I guess he was telling his friends about the whole situation and they were like ‘are you sure you want to invite her on this date if this is your first date as a wedding date,’ he was like ‘I think it will be fine.’ And it was,” stated the reality television star.

Shay noted that she had a brief relationship with Vand and encouraged him to date Leviss. She suggested that Leviss is also seeing her fiance Brock Davies’ friend, Joey.

“Brock’s friend — Joey, I was like you guys need to meet, you’re walking down the aisle together at the wedding, so I want you to meet, hang out, it might be a vibe. Nema’s on the East Coast, Joey’s on the West Coast but keep your options open. You’re 27, you’re single for the first time in a long time. Let’s just feel it out and Joey just may be a festival buddy, like a best friend, but I don’t know, maybe he’s more than that,” said Shay.

The mother of one shared that Leviss spent time with Joey at the Coachella Valley Music and Arts Festival, where he was mistaken as Tom Schwartz by some fans. Leviss chimed in that she “had a great conversation” with Joey and “exchanged phone numbers.” The pair later spent time together in Las Vegas.

Shay also revealed that Kennedy made a comment to her about Leviss’ possible date for her upcoming wedding. She noted that both Vand and Brock’s friend will attend the ceremony.

“Can I just tell you that James said to me ‘if I can’t bring my girlfriend, Raquel can’t bring a date the wedding’ and I was like she doesn’t have to. Her dates are already invited guests,” said Shay.

Leviss chimed in that “all of [her] suitors will already be there.”

Scheana Shay Spoke About Her Relationship With Nema Vand in 2020

According to BravoTV.com, Shay spoke about her relationship with Vand during an April 2020 interview on “Watch What Happens Live With Andy Cohen.” She explained that she went on “about six dates” with the “Shahs of Sunset” star in 2019. She then shared that she ended the romance as she “just wasn’t ready for that.”

“I think he’s amazing, absolutely amazing. I would introduce him to any girl who’s worth his time because he’s amazing,” stated the reality television personality.

People magazine reported that Shay shared why she and Davies decided to have a prenuptial agreement in season 9, episode 14. She referenced her marriage to Mike Shay, who she divorced in 2017 after three years of marriage.

“First time around when I got married, we didn’t do a prenup. But there was an addiction problem and when the trust was broken, I realized this isn’t a marriage I want to continue. He didn’t want to get divorced and I was like, ‘How about we split our bank account?’ And then he agreed,” stated Shay.

The mother of one asserted that she “definitely learned a big lesson” following her divorce during a confessional interview.

“Vanderpump Rules” has been renewed for a tenth season.