The juiciest, tastiest pork tenderloin recipe. This pork tenderloin in porchetta will take you right to the sun drenched middle of Italy and make you forget all about that expensive beef stuff.

This recipe is based on the flavors of Umbria, my favorite part of Italy where they make delicious melt-in-your-mouth pork tenderloin with lemon, rosemary, fennel, and good italian cheese and olive oil.

It’s perfect for eating on its own or in a crusty ciabatta. This pork tenderloin is based on porchetta, simplified with weeknight ingredients, and you’ll be amazed at how flavorful, buttery, and melty it is.

Best of all, it’s healthy, lean, and low fat, with only 7 ingredients. You’ll never believe something so easy and so fast can taste this good. 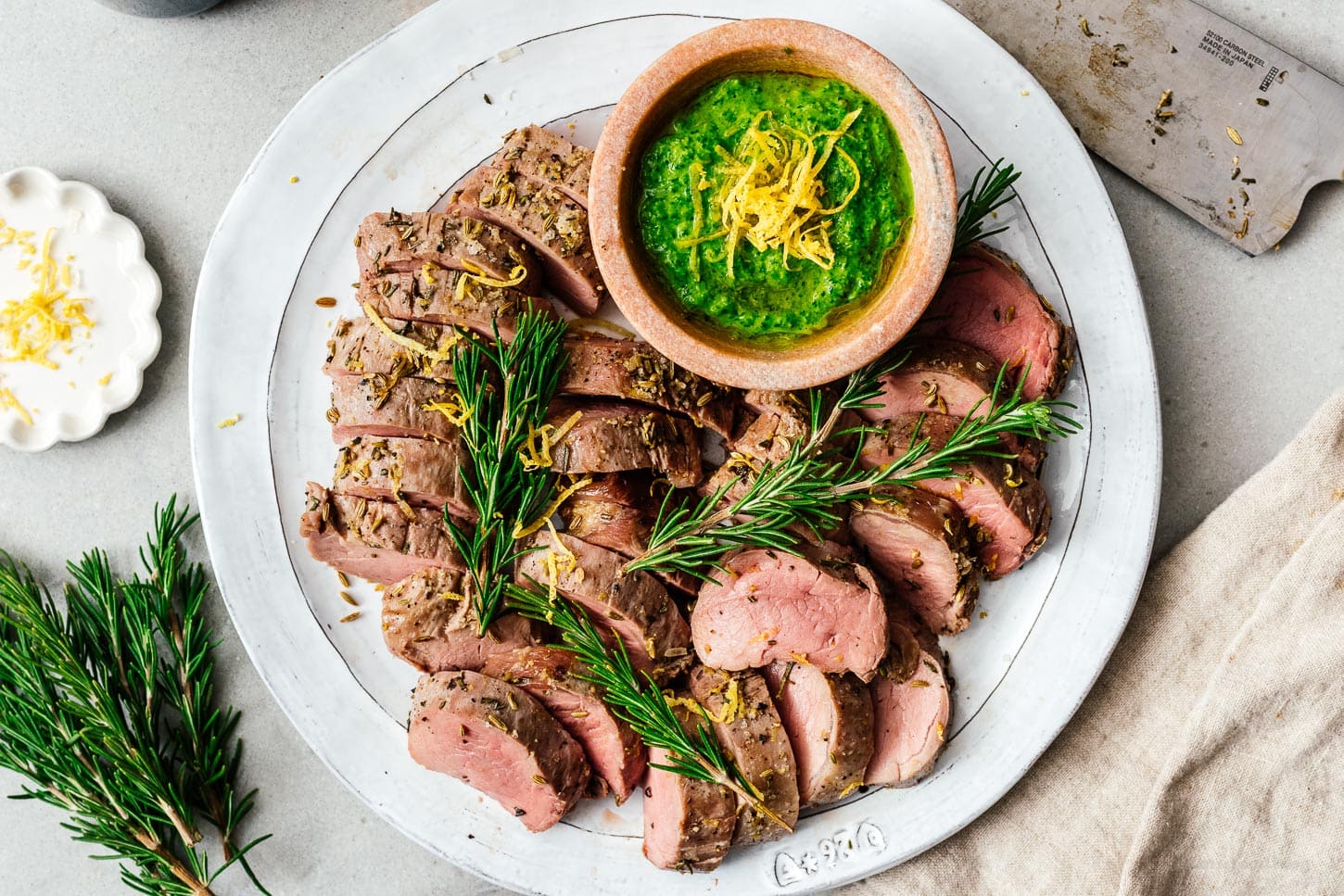 What is pork tenderloin

Pork tenderloin is the single, best cut of pork. Unlike beef tenderloin, which runs into the hundreds of dollars, you can often get pork tenderloin for under $10/lb, which is a bargain for how good it tastes.

This is one of those things, like oxtail, that you should get into before they blow up and triple in price.

Although they share the same name, pork tenderloin and pork loin are not the same. Tenderloins are small and long like a zucchini or cucumber, whereas a loin is much, much larger.

You could make this recipe with a loin if you can adjust the cooking times (or sous vide the whole thing), but in my opinion, the tenderloin is worth looking for. It’s not even in the same league. 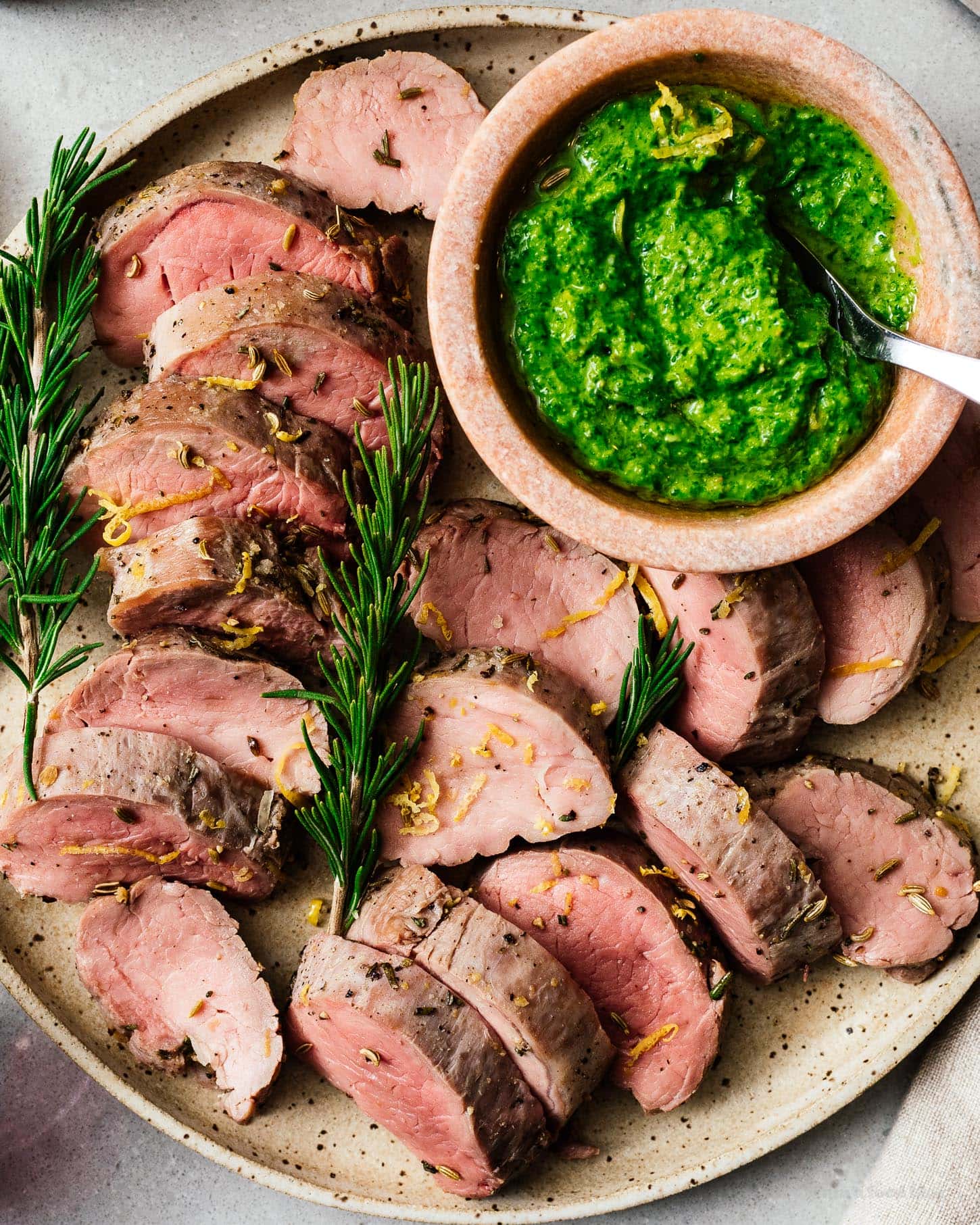 What is ‘in porchetta’

This recipe is inspired by a traditional Umbrian method called in porchetta, where they use the techniques and flavors of porchetta on other foods. Classically, these include chicken in porchetta, duck in porchetta, and rabbit in porchetta. The protein is different but the preparation – a dry rub of fennel, rosemary, and olive oil, is the same.

A pork tenderloin happens to be one of the things you can stuff a traditional porchetta with, so this is like an easier, extra tender and not crunchy porchetta. You can also adapt this recipe to any protein you like and it’ll taste amazing. 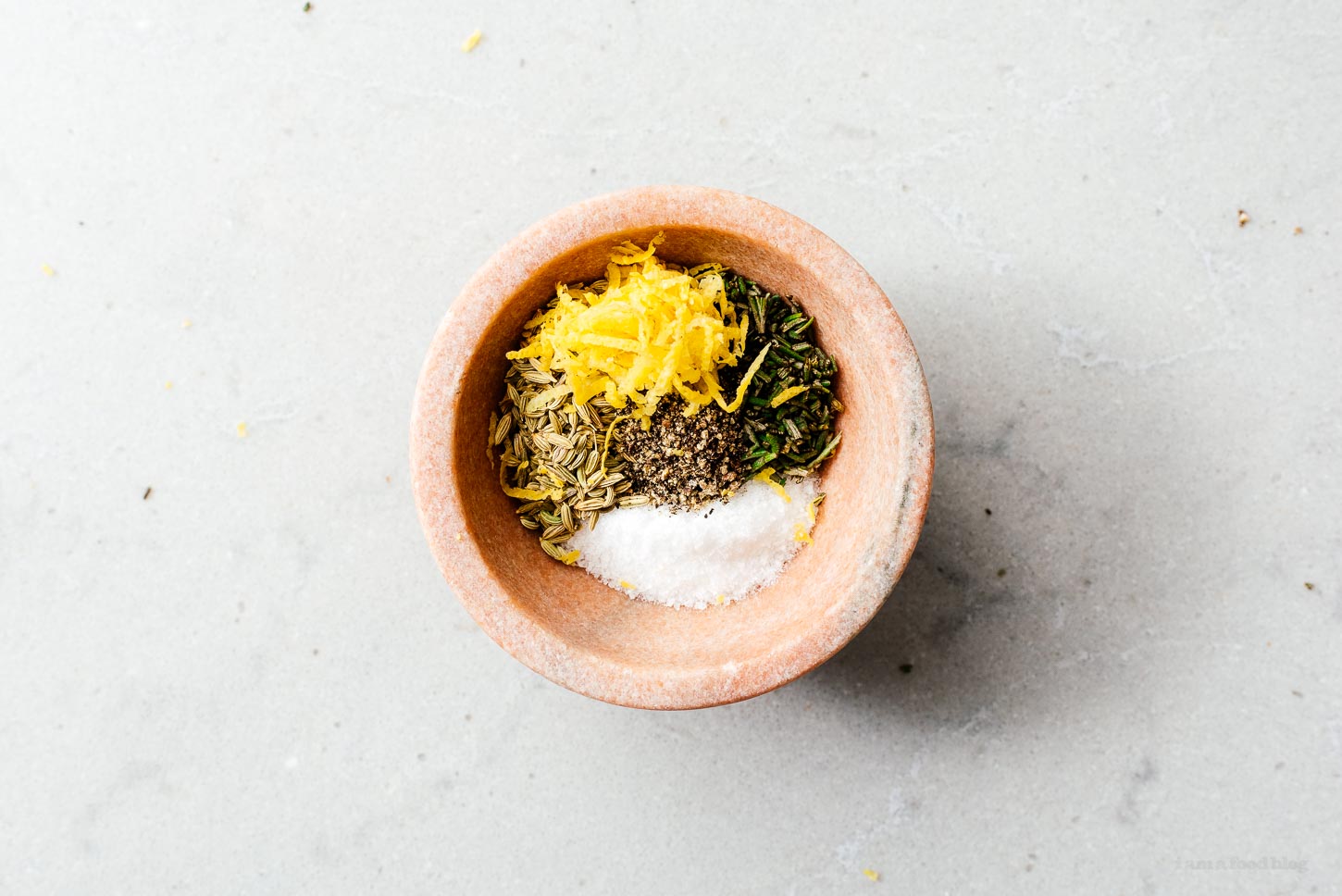 How to cook pork tenderloin

We all grew up with hyper overcooked pork, but today’s pork is safe and the USDA has reduced the safe pork temp down to 145ºF. For me personally, I prefer pork at 130ºF, with carryover heat bringing it up to 135ºF. It was perfect: tender, super juicy, and flavorful. If the thought of pink meat is off putting to you, cook your pork tenderloin to 145-155. It will still be tender and delicious.

How long to cook pork tenderloin

Cooking times depend a lot on your oven, the size of the tenderloin, and the temperature of your pork before it goes into the oven. The most accurate thing you can do is get a meat thermometer with a probe. They can be really cheap. If you have a pretty accurate oven and prefer to wing it, some suggested cooking times are below. 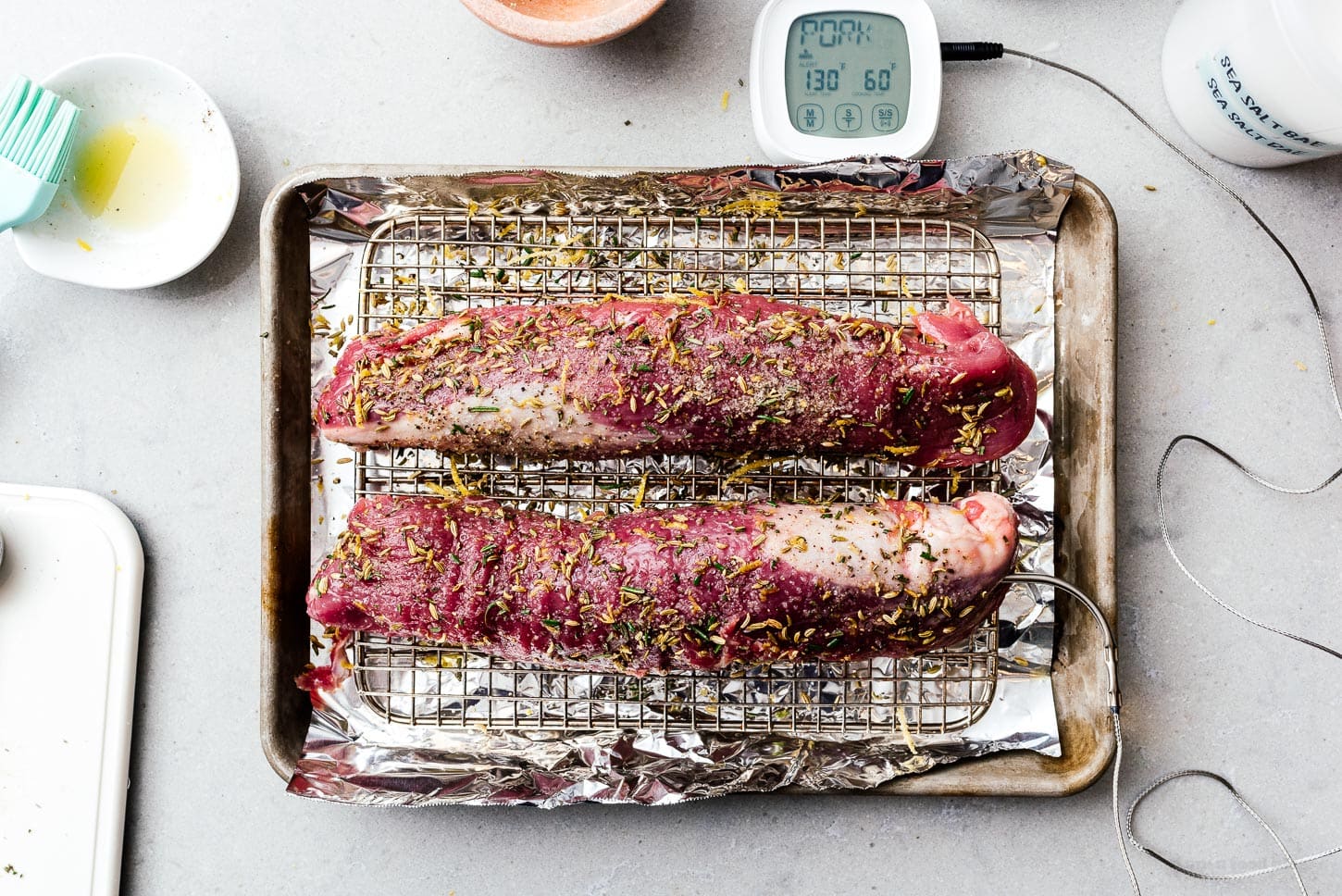 What temp should I cook pork tenderloin?

It’s best to cook it at 400ºF. The higher temperature will ensure that it doesn’t overcook by getting the middle up to temp faster. 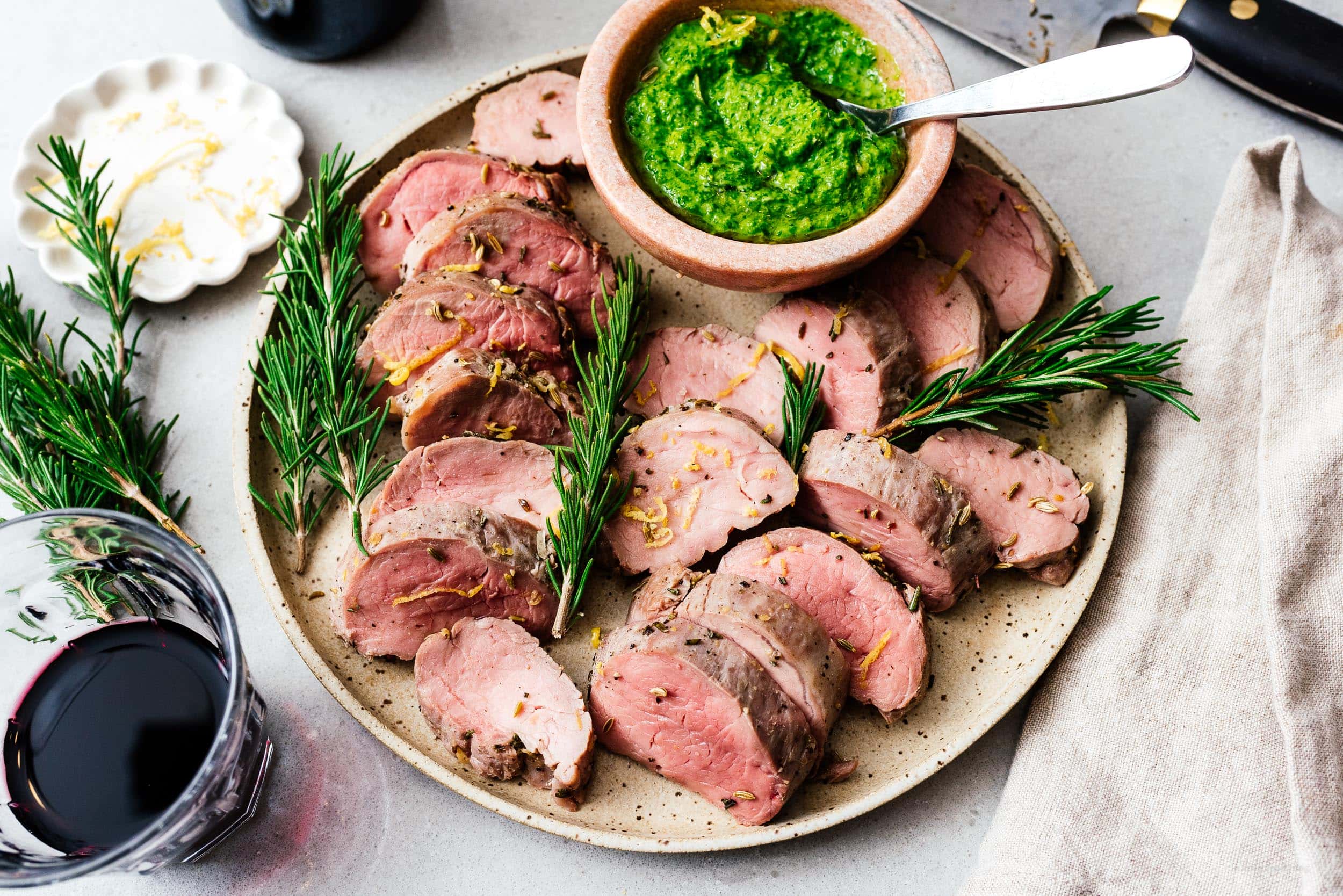 Do you need to sear?

I didn’t sear this one because I wanted to keep it as tender as possible. It will end up a little grey though. I don’t mind that too much, but if you want it to look its best, sear it all around over medium high heat before popping it in the oven. 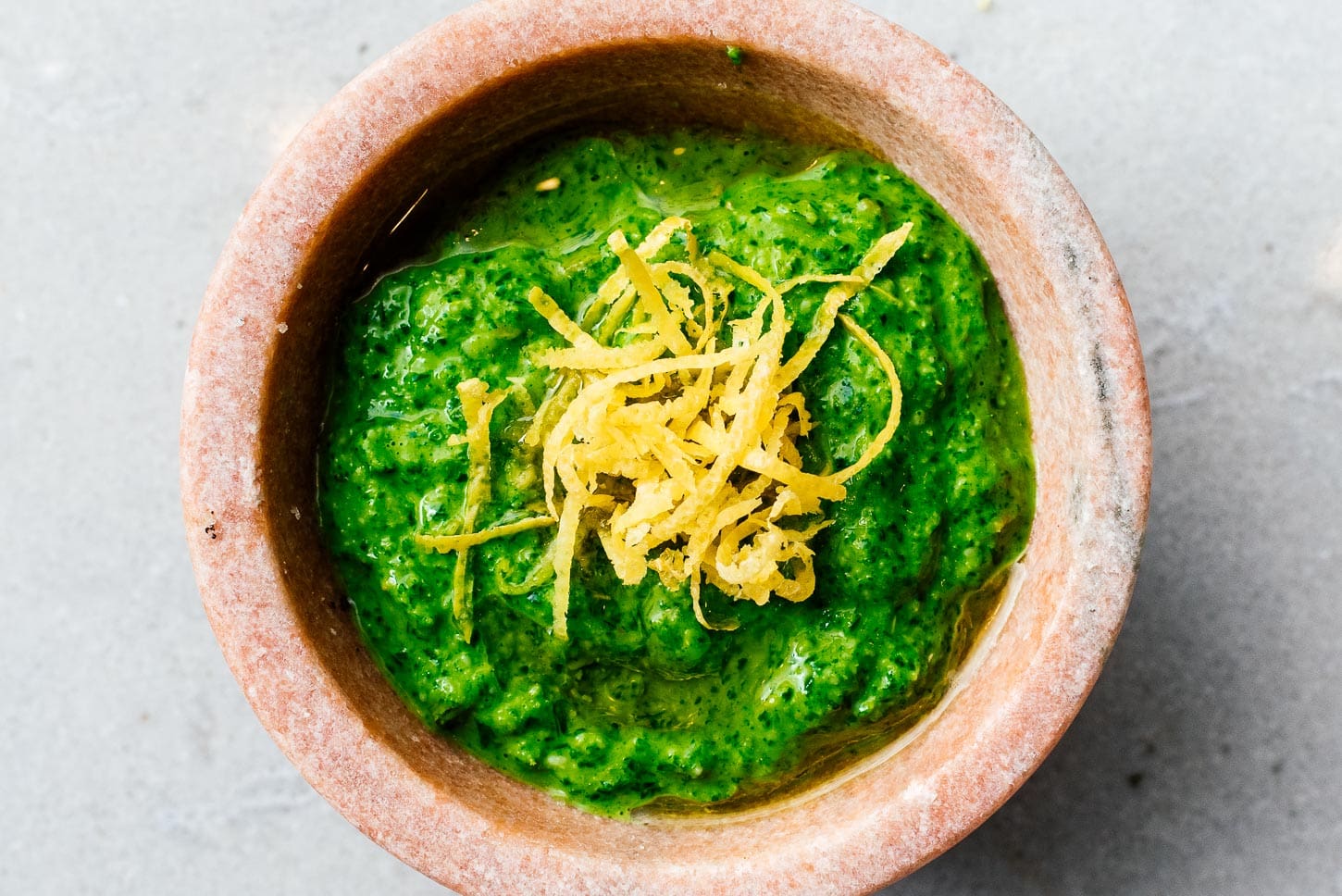 The salsa verde in this recipe goes wonderfully with the porchetta, bringing a little bit of acid and a lot of umami from Parmigiano-Reggiano. Definitely don’t skip out on it. It’s so good Steph and I often use it as a quick pasta sauce, no meat required.

In America, salsa verde is known as a mainly Mexican or Spanish thing, but Italians have a green sauce called salsa verde too. This version is a super simplified one, using only the ingredients in the porchetta plus cheese, but usually Italian salsa verde also includes anchovies, capers, and vinegar. 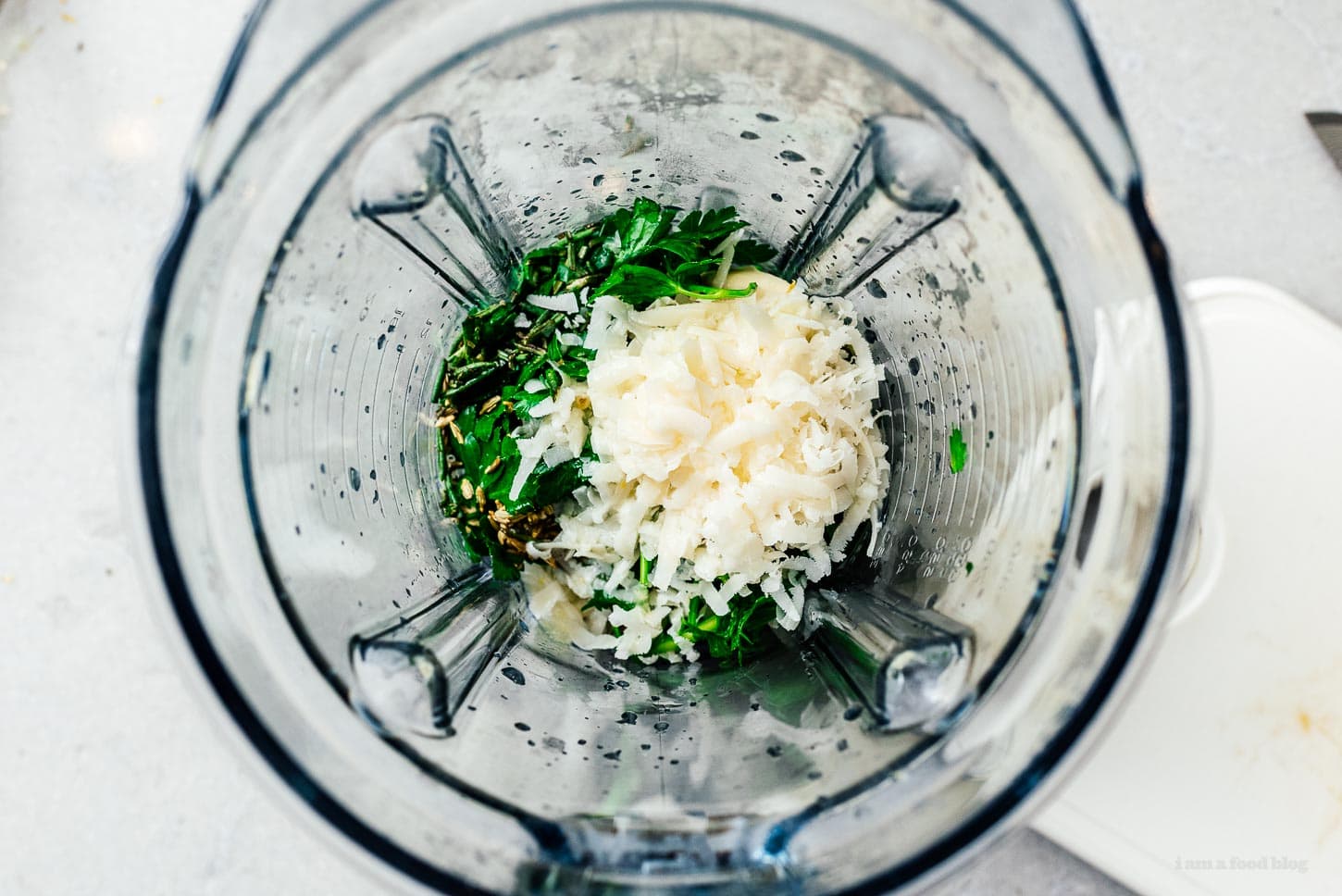 Porchetta was traditionally generously seasoned. In Umbria one of the main ways to eat porchetta is in a sandwich, and the bread in that part of Italy wasn’t salted, so it was a marriage made in heaven.

I’ve reduced the salt here so you can eat the porchetta by itself, but I’ve also tested it with up to a tablespoon of salt to recreate that classic porchetta taste. It works if you eat it with something very bland, like bread or pasta. 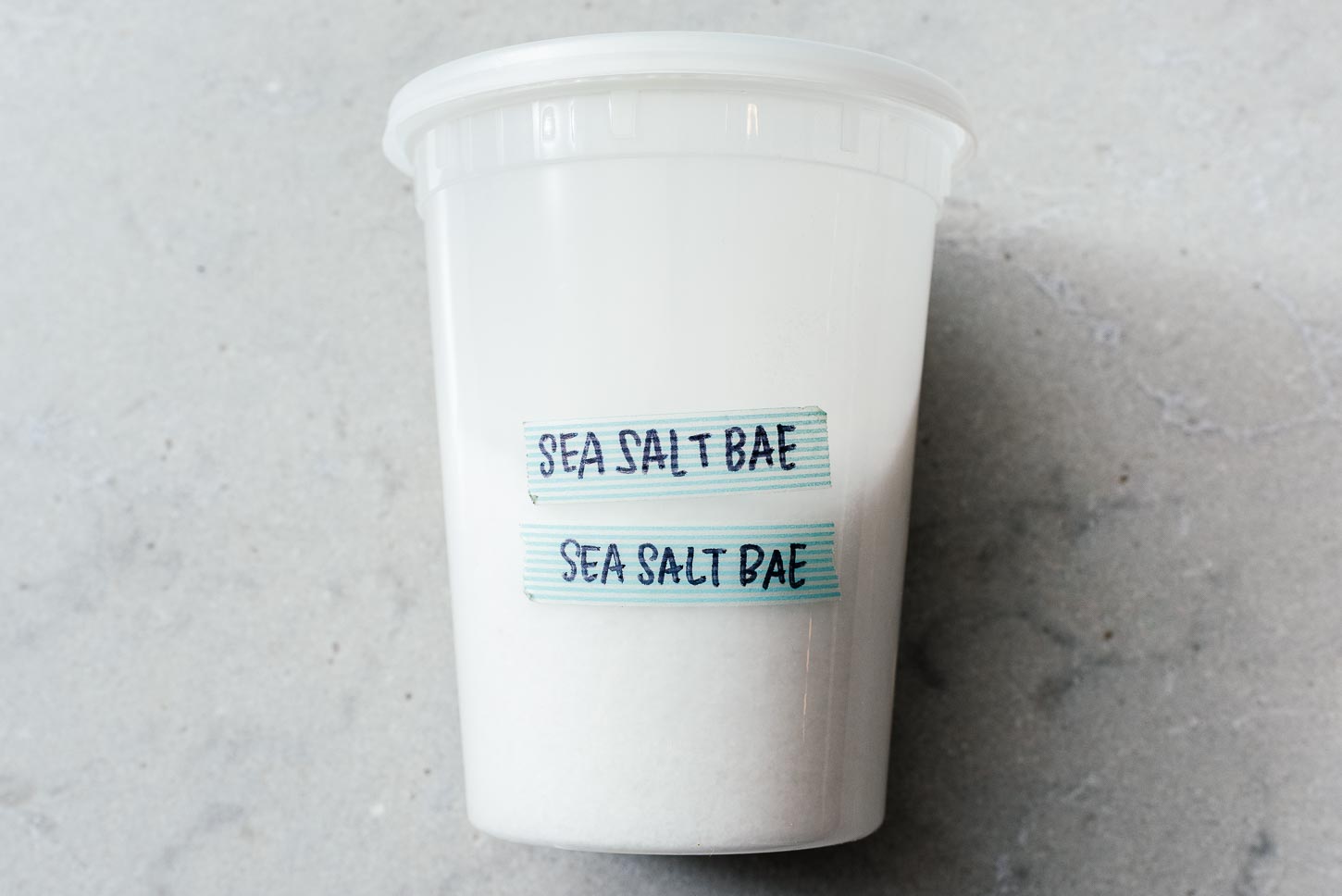 What to serve with pork tenderloin 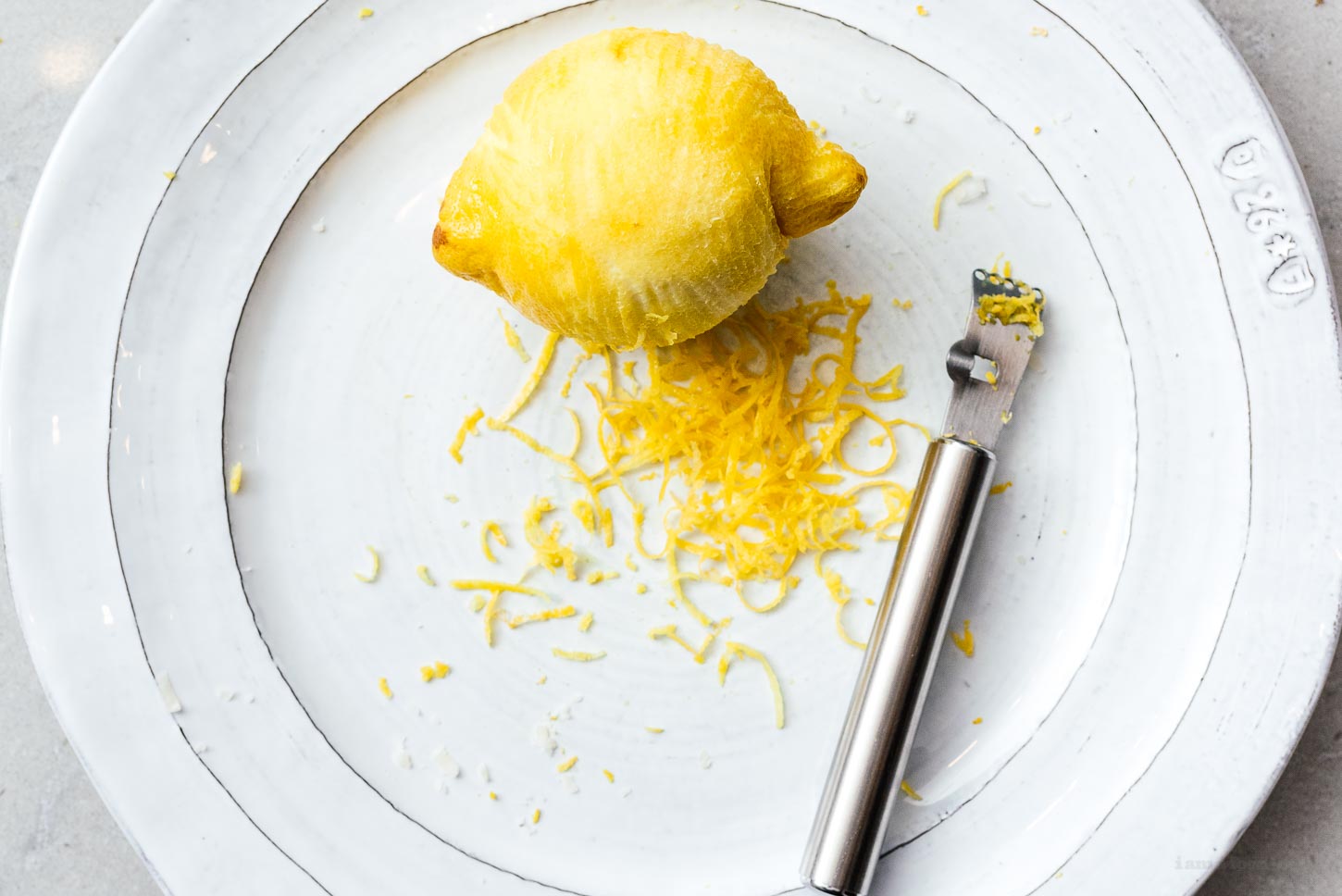 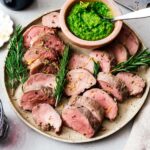 I prefer my pork at 130ºF. If you think this looks undercooked based on my photos, bake your pork until it hits 140ºF. The carryover heat tends to add 5ºF, which will bring it up to a USDA approved 145ºF.
Estimated nutrition includes all the salsa verde

* Percent Daily Values are based on a 2000 calorie diet.